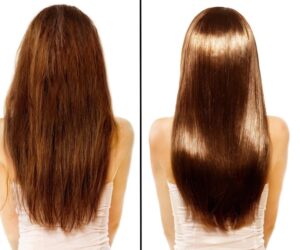 Our Shower Water Filter Luxy will keep your skin, hair, nails and lungs healthy. This long-lasting and replaceable filter removes chlorine and other synthetic chemicals in your water for a pure and relaxing shower experience.

Shower Water Filters – And what you really need to know about them.

There are many advantages of owning a shower water filter in your home. Since most of the tap water is treated with chlorine that can be harmful for your health if it is not filtered out. Over time exposure to this toxic chemical can cause health problems such as asthma and even certain types of cancer. Chlorine also will dry out your skin and your hair.

What Do shower filters reduce and remove?

Chlorine is the number one concern when people are considering a shower filter. The filter can also block out many other harmful chemicals as well.

Even so, shower filters make use of various filter media to decrease other damaging contaminants which include: chloramines (which quite a few water therapy plants are now using as a disinfectant alternative to chlorine), VOCs, scale, rust, sediment, iron oxide and hydrogen sulfide. In our Luxy shower water filter we use a combination of the following filtration technologies. 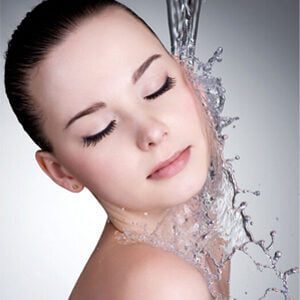 Carbon filters eliminate both chlorine and chloramines. Additionally carbon filter removes bacteria, heavy metals, rust, VOCs & other synthetic chemicals often used in water disinfection, by the process of carbon adsorption, in which the chemicals stick to the activated carbon.

KDF is an oxidation-reduction media made from copper and zinc. KDF shower filters work electrochemically, converting chlorine into soluble calcium chloride, which is harmless. 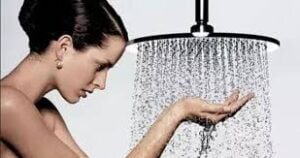 Calcium Sulfite balls have an amazing power to remove Chlorine and Chloramines from tap water and it does it really fast. Everyone loves to take a good shower with high water pressure, so when we have very fast moving water in our showers, a Chlorine removing shower filter medium which acts fast is a must. CaSO3 shower filter removes 99% of chlorine from the water in just 0.8 seconds. Considering that a standard shower head has a flow rate of 11 litters per minute it is understandable that no matter how fast your water is flowing, Calcium Sulfite shower filter balls will make the job to remove the majority of the chlorine and chloramines from your water.

Why Removing Chlorine from the water?

Chlorine and your health.

Chlorine is almost used universally in the treatment of public drinking water because of its toxic effect on harmful bacteria and other waterborne, disease-causing organisms. But there are a growing body of scientific evidence that shows that chlorine in drinking water may actually pose greater long-term dangers that those for which it was used to eliminate. These effects of chlorine may result from ingestion or absorption through skin.

Scientific studies have linked chlorine and chlorination byproducts to cancer of the bladder, liver, stomach, rectum, and colon, as well as heart disease and arteriosclerosis (hardening of the arteries), anemia, high blood pressure, and allergic reactions. There is also evidence that shows that chlorine can destroy protein in our body and cause adverse effects on skin and hair. The presence of chlorine in water may also contribute to the formation of chloramines in water, which can cause taste and odor problems.

Since chlorine is required by public health regulations to be present in all public drinking water supplies, it is up to the individuals to remove it at the point-of-use at home. While the purity of our drinking water is of primary importance, contaminants and chlorine byproducts also enter our bodies through the skin via water in which we bathe. Also, our lunges absorb toxic fumes from gaseous chlorine byproducts that are released in a steamy shower.

When a person takes a shower, the skin begins to absorb the water containing chlorine. At the same time, the protective effect of sweat gland secretions is diminished since they are diluted and washed away. Chlorine reacts with the proteins in the skin, causing cells not to adhere as well to each other. As a result, the skin becomes a less effective barrier, and dead cells visibly flake off, resulting in what is known as ?dry skin? and dandruff.

One half of our daily chlorine exposure is from showering. Not only is chlorine absorbed through the skin, but also vaporizes in the shower, inhaled into the lungs and transferred directly into the blood system. In fact, chlorine exposure from one shower is equal to an entire day?s amount of drinking the same water. Therefore, drinking filtered water addresses only half of the problem.

The most important contribution de-chlorinating shower filterr make toward a healthier lifestyle is in reducing the amount of free chlorine that comes into direct contact with the skin. Chlorine is an organic substance that chemically bonds to the protein in your hair and skin, destroying the natural ecological balance of the skin. A quality de-chlorinating shower filter will consistently remove chlorine, resulting softer, more manageable hair, and healthier younger-looking skin. For chlorine-sensitive people, particularly small children, the elderly and sufferers of asthma or emphysema, chlorine removal is also a safeguard against negative allergic reactions.

The main point is that with all the chemicals that are in the water today you are going to get a water filter that can be easily? installed to your shower. You are going to be able to protect your family from dangerous and harmful chemicals. Studies have shown that chemicals in the water that are not filtered have caused many health problems and diseases over time. You are really going to want to make sure thata you are going to get a top of the line shower filter.Luxy shower water filter is made of Chrome plated ABS housing and includes the required connection accessories.

There are no reviews yet.

We use cookies on our website to give you the most relevant experience by remembering your preferences and repeat visits. By clicking “Accept All”, you consent to the use of ALL the cookies. However, you may visit "Cookie Settings" to provide a controlled consent.
Cookie SettingsAccept All
Manage consent

This website uses cookies to improve your experience while you navigate through the website. Out of these, the cookies that are categorized as necessary are stored on your browser as they are essential for the working of basic functionalities of the website. We also use third-party cookies that help us analyze and understand how you use this website. These cookies will be stored in your browser only with your consent. You also have the option to opt-out of these cookies. But opting out of some of these cookies may affect your browsing experience.
Necessary Always Enabled
Necessary cookies are absolutely essential for the website to function properly. These cookies ensure basic functionalities and security features of the website, anonymously.
Functional
Functional cookies help to perform certain functionalities like sharing the content of the website on social media platforms, collect feedbacks, and other third-party features.
Performance
Performance cookies are used to understand and analyze the key performance indexes of the website which helps in delivering a better user experience for the visitors.
Analytics
Analytical cookies are used to understand how visitors interact with the website. These cookies help provide information on metrics the number of visitors, bounce rate, traffic source, etc.
Advertisement
Advertisement cookies are used to provide visitors with relevant ads and marketing campaigns. These cookies track visitors across websites and collect information to provide customized ads.
Others
Other uncategorized cookies are those that are being analyzed and have not been classified into a category as yet.
SAVE & ACCEPT