Chlorine and The Hot Shower 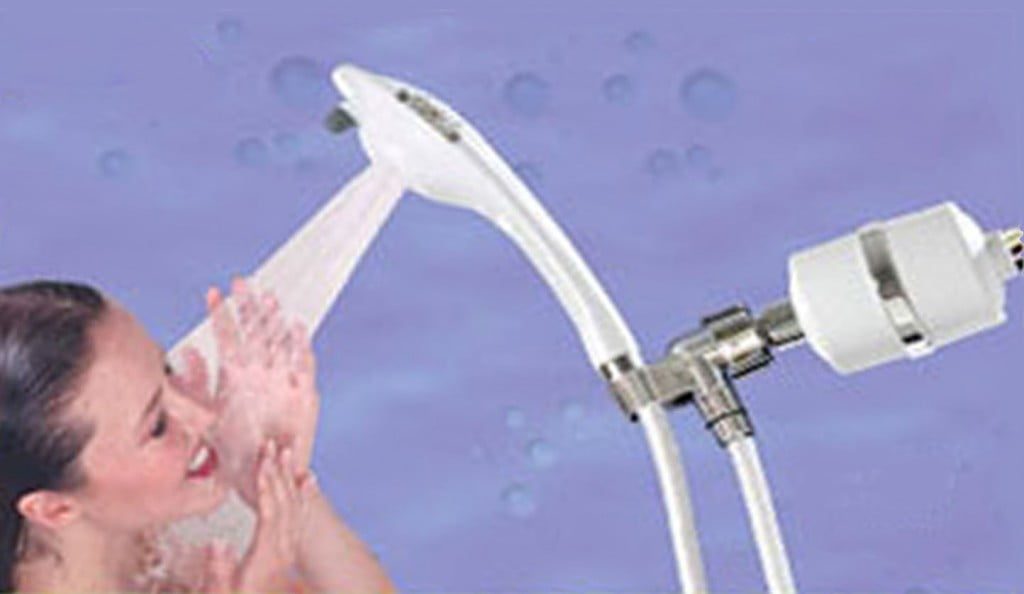 There are many well founded concerns about chlorine. When chlorine is added to our water, it combines with other natural compounds to form Trihalomethanes (chlorination byproducts), or THMs. These chlorine byproducts trigger the production of free radicals in the body, causing cell damage, and are highly carcinogenic. “Although concentrations of these carcinogens (THMs) are low, it is precisely these low levels that cancer scientists believe are responsible for the majority of human cancers in the United States“. The Environmental Defense Fund.

In the late 1800′s Chlorine began to be added to our drinking water. This became the standard in water treatment by 1904 and remains so today. It is added to water to kill the bacteria, viruses, and other organisms that can cause diseases like typhoid, cholera, dysentery and others. It’s not used today because it’s the only method available or because it’s the safest or most effective means to disinfect our water. It’s used because it’s the cheapest. Even though we have made great strides in technology we still add bleach to the water we drink.

Simply stated chlorine is a pesticide, as defined by the U.S. EPA, whose sole purpose is to kill living organisms.

Breast cancer, which now affects one in every eight women in North America, has recently been linked to the accumulation of chlorine compounds in the breast tissue. A study carried out in Hartford Connecticut, the first of it’s kind in North America, found that, “women with breast cancer have 50% to 60% higher levels of organochlorines (chlorination byproducts) in their breast tissue than women without breast cancer.”

Maybe the most shocking component to all of these studies is that up to two thirds of our harmful exposure to chlorine is due to inhalation of steam and skin absorption while showering. A warm shower opens up the pores of the skin and allows for accelerated absorption of chlorine and other chemicals in water. The steam we inhale while showering can contain up to 50 times the level of chemicals as tap water. Chlorine and most other contaminants vaporize much faster and at a lower temperature than water. Inhalation is a much more harmful means of exposure since the chlorine gas (chloroform) we inhale goes directly into our blood stream. Chlorine vapors are known to be a strong irritant to the sensitive tissue and bronchial passages inside our lungs, it was used as a very effective chemical weapon in World War I. The inhalation of chlorine is a suspected cause of asthma and bronchitis, especially in children… which has increased 300% in the last two decades. Hot showers are suspected as the primary cause of elevated levels of chloroform in nearly every home because of chlorine in the water.

Documented scientific studies conclude that taking hot showers (under chlorinated water) can be a health risk. Our body can absorb more chlorine as a result of a 10-minute shower than if one drank eight glasses of the same water. A warm shower opens up the skin pores and causes the skin to act like a sponge. As a result, chlorine vaporizes and is inhaled and absorbed through the skin, directly into the bloodstream – at a rate that is up to ten times higher than drinking. In the short term, chlorinated water irritates sinuses, throat, skin and lungs; long-term risks include hardened arteries, higher vulnerability to genetic mutations and difficulties in metabolizing cholesterol.

It’s unrealistic to think we could do away with chlorine any time in the near future. It is also clear that chlorine represents a very real and serious threat to our health and should be removed in our homes, at the point of use, both from the water we drink and the water we shower in. Call us for a complete solution.